Share a memory
Obituary & Services
Guest Book
Read more about the life story of Robello and share your memory.

Robello A. Ferrante, 99, passed on December 21, 2022.  He was born on September 2, 1923 in Providence, RI to Italian immigrants Nicola Ferrante and Vienna Castellucci.  He enlisted in the US Army in 1943 and served under General Patton in Africa and Italy until 1945.  He received two Purple Hearts for injuries sustained in combat against the Nazis.  On one notable occasion he single-handedly captured five enemy soldiers.

After returning from the war, Robello earned a BS degree in Mechanical Engineering from the University of Rhode Island in 1952.  He then joined the Narragansett Electric Company (now National Grid) and designed power station equipment for the same company for 61 years, retiring at age 90.

Robello bought an acre of land on Southwick Drive in Lincoln, RI in 1953 and on this setting proposed to his sweetheart Mary Bertha Almeida, whom he married in May 1954.  With the help of his Dad and brothers, Robello built the house of his dreams and lived there for the next 66 years.  Due to health issues in 2022 he moved to The Preserve at Briarcliffe in Johnston, RI.

Robello is survived by his daughter, Maria (Bermann) and her husband Joseph.  He was pre-deceased by his wife as well as his siblings Aurora Prescott, Anna Marcogliese, Joseph Ferrante, and John Ferrante.

His funeral will be held at 9:30AM on Wednesday, December 28 from Bellows Funeral Chapel, 160 River Rd., Lincoln, with a Mass of Christian Burial at 10AM in St. Jude Church, 301 Front St., Lincoln. Burial with military honors to follow at Swan Point Cemetery, Providence.  Relatives and friends are invited and may call at the funeral home Wednesday from 8:30AM to 9:30AM.  Kindly omit flowers. 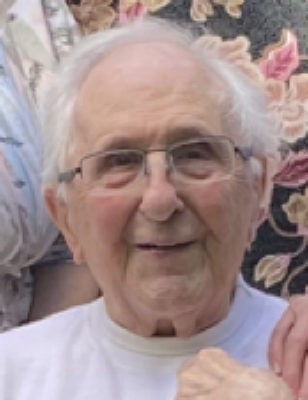