Share a memory
Obituary & Services
Guest Book
Read more about the life story of Rita and share your memory.

Manville - Rita I. (Giguere) Blais, 92, of Manville, died Thursday, January 12, 2023 at HopeHealth Hulitar Hospice Center, Providence. She was the beloved wife of the late Irenee F. Blais for 60 years.

Born in Lincoln, a daughter of the late Roch V. and Beatrice (LaFleur) Giguere, she had lived in Manville since 1950. She was a communicant of St. James.

She was a perfect example of Bessie Anderson Stanley's quote "she has achieved success who has lived well, laughed often, and loved much". She had a quick and fun-loving personality and she shared that with others around her as much as she could. Where there was laughter or music, you could find Rita in the center of it. She was loved by anyone who met her and will be sorely missed by her family.

She is survived by two daughters, Diane Catalano of Cumberland and Janet (Phil) Pincince of Cumberland; three sons, George Blais of Manville, Donald Blais of Woonsocket and Paul Blais (James Morgan) of Albany, GA; one sister, Alice L'Heureux of North Smithfield; eight grandchildren; six great granddaughters; and several nieces and nephews. She was the sister of the late Albert Giguere, Roger Giguere, Roland Giguere, and the mother-in-law of Bernie Catalano.

Her funeral will be held on Friday, January 20 at 9:30 a.m. from Bellows Funeral Chapel, 160 River Road, Lincoln, with a Mass of Christian Burial at 11:00 a.m. in St. James Church, 33 Division Street, Manville. Burial will follow in St. James Cemetery, Manville. Relatives and friends are invited, and may call Friday from 9:30 - 10:30 a.m. In lieu of flowers, contributions in her memory to St. Jude Children's Research Hospital, 501 St. Jude Place, Memphis, TN 38105 would be appreciated. For directions and guest book, please visit www.bellowsfuneralchapel.com.

To send flowers to the family or plant a tree in memory of Rita I. (Giguere) Blais, please visit our floral store. 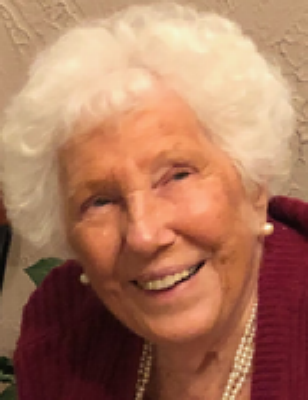