Share a memory
Obituary & Services
Guest Book
Read more about the life story of Renato and share your memory.

Born in Pawtucket, a son of the late Vincent and Adele (DelPape) Giglio, he had lived in Cumberland for fifty-four years, before moving to Port Charlotte, Florida, and later to Warwick.

Mr. Giglio was a maintenance clerk for A.T. Cross Company, Lincoln retiring in 1990.

A U.S. Army veteran, he served during World War II, Korea and Vietnam wars, retiring from the Rhode Island Army National Guard in 1991 as a Sergeant First Class. He was inducted into the 103rd Field Artillery Brigade Hall of Fame.

Ray was a founding member of St. Aidan Church, Cumberland, and was a member of the St. Aidan-St. Patrick's Seniors. He was a 3rd Degree Knight of the St. Thomas Council #1472 Knights of Columbus, Cumberland. An avid golfer, he also enjoyed bowling in the St. Aidan's, St. John Vianney and St. Patrick's Bowling Leagues, and playing tennis and billiards, and was a champion at the Cumberland Senior Center.  He was a longtime member of the Rotondo Lodge of Elks #2710, B.P.O.E.

His funeral will be held Tuesday, January 17, 2023 at 9:45 a.m. from Bellows Funeral Chapel, 160 River Road, Lincoln, with a Mass of Christian Burial at 11:00 a.m. in St. Aidan Church, 1460 Diamond Hill Road, Cumberland. Relatives and friends are invited, and may call Monday from 3:00 - 7:00 p.m. Private burial with military honors will be in Notre Dame Cemetery, Pawtucket. In lieu of flowers, contributions in his memory to St. Jude Children's Research Hospital, 501 St. Jude Place, Memphis, TN 38105 would be appreciated. For directions and guest book, please visit www.bellowsfuneralchapel.com.

To send flowers to the family or plant a tree in memory of Renato D. Giglio, please visit our floral store. 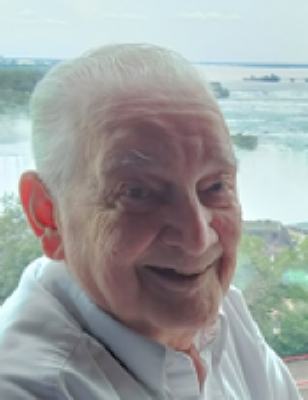