Share a memory
Obituary & Services
Guest Book
Read more about the life story of Leo and share your memory.

Leo Joseph Andreoni, born January 13, 1924, in Valley Falls, Rhode Island, died peacefully with his wife Claire by his side at their home in Providence on Tuesday, January 17, 2023. He had just turned 99.

Leo, known adoringly by his family as "Papa", was a proud member of the Greatest Generation and a World War II Veteran. He served in the United States Navy as a radioman aboard his ship, PC-1232 (the "Gray Ghost"), and was part of the D-Day invasion that ultimately liberated Europe from Nazi Germany. He was honorably discharged on January 18, 1946 with the rank of Petty Officer First Class. Leo had the opportunity to recount his experience in the war several times, but notably in 2011, when he was invited to provide an oral history and speak at the National D-Day Memorial in Bedford, VA.

After he returned from the war, he married his wife Claire on June 7, 1947, which he always called the best day of his life. "I married the most beautiful girl and the sweetest girl," he said. This past year they celebrated their 75th wedding anniversary. At the request of their dear friend Father Edward Cardente, they received an Apostolic Blessing by the Holy Father Pope Francis.

Leo attended Pawtucket West Senior High School and was a member of the first graduating class in 1941. Following his military service, he attended Bryant College through the GI Bill. He graduated in 1949, earning a Bachelor of Science in Accounting and Finance. After working for the United States Treasury Department as an IRS agent for a number of years, he worked for the State of Rhode Island - Division of Taxation as a tax audit specialist (1961-1964). He later went into private practice. He operated his accounting business, Andreoni & Co., until he retired at the age of 97. He was a member of the National Society of Public Accountants, the Rhode Island Association of Public Accountants, and the Society of Governmental Accountants and Auditors. He was enrolled to practice before the United States Department of the Treasury and was a board member of the First Bank and Trust Company. His favorite saying was, "Be happy you're paying taxes, it means you're making money."

Leo dedicated his life to being an incredible husband, father, grandfather and in later years, great-grandfather. His life lessons and passions transcended generations. He taught his beloved family members so many things, including how to drive, how to swim, how to properly crack open a lobster, how to play bocce, and how to play the card game "high-low-jack". Above all, he taught them how to love each other. He would play, really play, when he was with them - and he gave his whole self. Never getting distracted, not even for a moment.

He was a man of great honor and also, great fun. He loved to travel - especially to visit his family in Fano, Italy, play cards, swim in the ocean, follow the stock market, and in his younger years, ride the roller coasters at Rocky Point Park (always picking up clam cakes for his wife on the ride home). He loved Christmas and made it his self-appointed mission to spread holiday spirit and good cheer to his family and friends during this special time of year, wearing his signature green Christmas vest, going just a little over the top with decorations, and playing Christmas carols way too early in the season.

Leo was a loyal and true friend. He loved and treated his friends like family. He missed his card playing days and "the guys at the Club." He was a member of the Aurora Civic Association for 59 years and was the longest serving board member in the Club's history. Most recently, he was designated Treasurer Emeritus.

The family would like to thank his loving caregivers who tended to him over the past year, especially his niece Debbie Andreoni and Mharilou Miranda. But truly, there was no one more loving and devoted to his care than his daughter, Lianne.

Leo's 99 years amounted to a life well-lived and all who knew him can attest to his generosity of spirit. In his own words, he would like to be remembered as "a good person, a fair person, and someone who was good to his family and good to his friends". We all know how fortunate we were to have him in our lives.

Relatives and friends are welcome to celebrate Leo's life at a Mass of Christian Burial on Saturday, January 21st at 10:00AM at Saint Anthony Church, 1413 Mineral Spring Avenue, North Providence. Burial will follow in Saint Francis Cemetery, Pawtucket.  In lieu of flowers, donations can be made in his memory to Saint Edward Food and Wellness Center - 5 Gibbs Street North Providence, RI 02904, Meeting Street School - 1000 Eddy Street Providence, RI 02905, and Tunnel to Towers 2361 Hylan Boulevard, Staten Island, NY 10306, which are all organizations that had great meaning to him. For directions and guest book, please visit www.bellowsfuneralchapel.com. Arrangements with Bellows Funeral Chapel, 160 River Road, Lincoln.

To send flowers to the family or plant a tree in memory of Leo J. Andreoni, please visit our floral store. 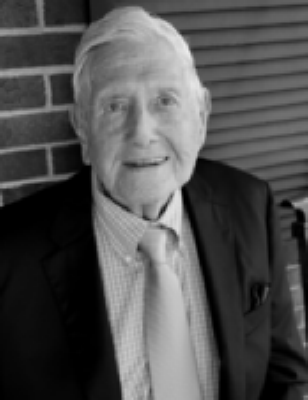